Hezbollah's election loss brings hope of stability in Lebanon - editorial
There could be clouds on the horizon, but there is now hope in Beirut, if the reformers can win the peace.
Yair Lapid working on secret plan to save Ben & Jerry's in Israel - exclusive
Ben & Jerry’s and its parent company Unilever Global decided to end their licensing agreement in Israel in protest of West Bank settlements.
Spain aims to introduce paid menstrual leave in first for Europe
"Today we send an international message of support to all women who are fighting for their sexual and reproductive rights," Equality Minister said.
40% of Israeli media items equate intellectual disability with weakness - AKIM
AKIM is the largest organization in Israel providing representation for and advocating alongside 35,000 people with intellectual disabilities
Fmr. interior minister says he was unaware of unsafe structures on Mount Meron
Although Yishai said that he had tried to make changes and reforms to the situation, the factual record shows that he did not approve any new plan.
California church shooter to be charged, may face death penalty - prosecutor
The suspect, David Chou, 68, will face five counts of attempted murder, four counts of unlawful possession of an explosive and one count of murder with a gun.
Israel to simulate striking Iran in massive IDF drill
Amid concern Iran is close to a nuclear weapon, “Chariots of Fire Drill,” will simulate war on six different fronts.
IDF predicts extreme violence in Israeli-Arab cities during future war
The military believes that religious incitement surrounding the Temple Mount and personal reasons are driving Palestinians to attack Israelis. Here is how it is fighting back.
King Herod the Great bathed in locally made calcite-alabaster bathtubs 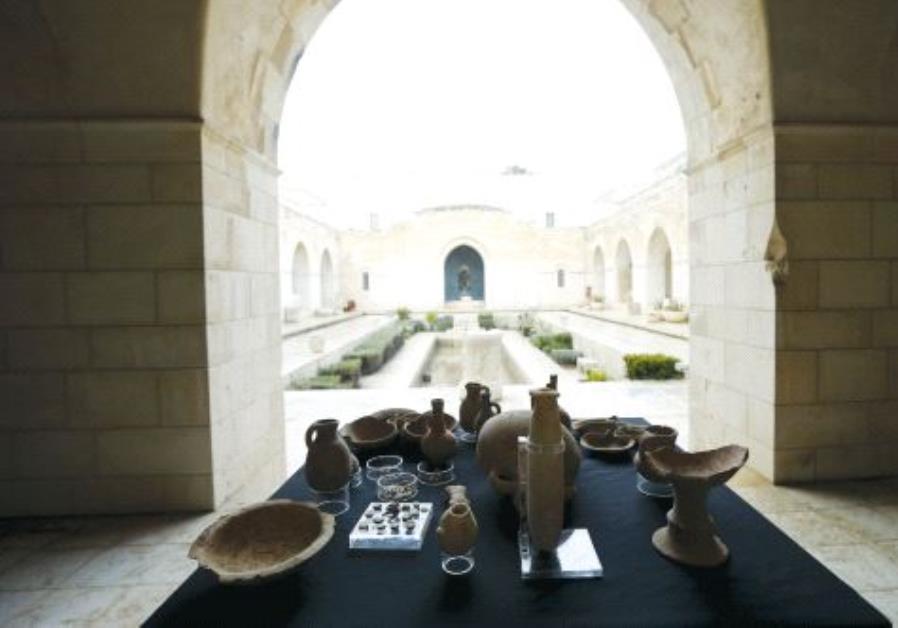 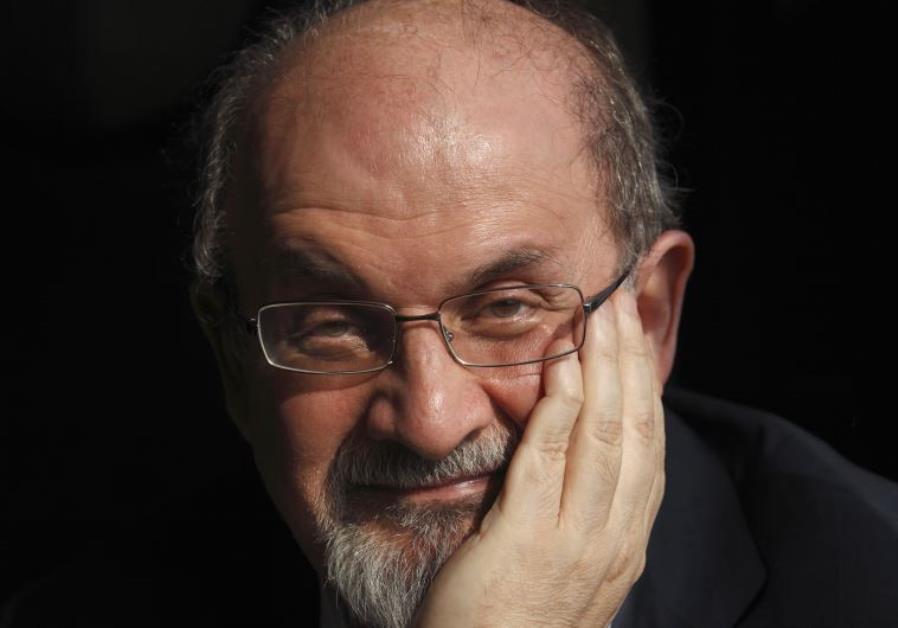 Iran’s former ambassador to the UN Mohammad Jafar Mahallati, now of Oberlin College, has now been confronted with an additional allegation about his role in a plot to assassinate Rushdie.
In Paris, Jewish childhood friends open restaurant serving Tunisian couscous
Alexandre David and Alexis Memmi channel their grandparents' Tunisian foods in Mabrouk, a kosher-style restaurant they opened in 2019.
What were Bronze Age daggers used for? New analysis method has answer
Long thought by many to have been used as a symbol of male identity and power, turns out they were used for something more mundane.
Ukrainian soldiers discover ancient amphoras in Odesa
Amphoras are ancient containers that were used for the storage and transportation of products, often wine.
Churches condemn Israeli police charge at Al Jazeera reporter's funeral
While blaming violence by "hundreds of rioters" for the confrontation, police said they were investigating the incident.
Is Russia running out of missiles? US, Russia send mixed messages
Russia has dismissed US claims that it is depleting its stock of precision-guided missiles, and continues to use the weapons in its campaign in Ukraine.
This is why we'll all be much more sick in the future - study
Scientists warn that in a warmer atmosphere, a result of rising global temperatures due to the climate crisis increases risk of disease to humans and plants.
Zionists control the world, buy up media outlets, says Mohamed Hadid
"The Zionists have the world under their control, unfortunately. They even want to kill the the [sic] journalists and buy the outlets..." wrote the father of supermodels Bella and Gigi.
Brain size a huge factor in surviving the Ice Age, TAU study finds
Researchers at TAU and from Italy found that a large brain in large animals meant relatively high intelligence, which helped them adapt and avoid hunters.
How a rebranded 92nd Street Y sees its Jewish future
As New York’s cultural life emerges from over two years of upheaval, the Y is embarking on a $200 million renovation of its home on the Upper East Side.
Ex NBA star Ray Allen promotes understanding through sports in Jerusalem
When asked what was the best aspect about visiting Israel, Allen said that he doesn’t have a favorite. “Everything was equally impressive. I don’t compare because comparison is the thief of joy."
The government won't fall over question of legitimacy - opinion
The survival of the government's survival is at question since Idit Silman resigned from the coalition, leaving the government in a precarious place.
'I wish all Jews to hell' — Buffalo shooter was a fascist white supremacist
"Call me an ethno-nationalist eco-fascist national socialist if you want, I wouldn’t disagree with you," wrote the gunman who killed 10 people on Saturday night.
Tzohar needs to be more honest about its wine kashrut certification - opinion
Tzohar has been more lenient in its wine kashrut certification than usually accepted but hasn't stated so on the bottles.
How can you teach your child to handle frustration?
When kids throw a tantrum when they are frustrated, here’s how to respond correctly.
Israeli threatens to commit terror attack after being refused entry to hospital
An Israeli woman claimed she was carrying an explosive device and threatened to commit an attack on the Mazor psychiatric hospital near Acre in Israel's north.
Yemenite Children Affair: Grave of child to be opened for first time
A DNA test will be conducted as part of attempts to uncover details on the Yemenite Children Affair.
New study discovers where Israel's jellyfish come from
A University of Haifa study found that Israel's jellyfish come from the beaches opposite the eastern side of the Nile Delta.
Nigerian Christians demand justice for student killed over alleged blasphemy
Two suspects were arrested in connection with the murder of Deborah Samuel, accused of posting blasphemous statements about the Prophet Mohammad.
Pope declares 10 new saints, including Dutch priest killed by Nazis
Pope Francis read the canonization proclamations while seated in front of the altar and 10 cheers went up in the crowd as he officially declared each of the 10 saints.
Conference in Tel Aviv showcases futuristic Israeli transportation solutions
EcoMotion brings together startups, investors, government, and academia, to push forward Israeli smart mobility and transportation high-tech companies and technologies.
Fish could feed the world. These BGU researchers know how

'Potentially hazardous' asteroid safely passed by Earth
Designated 467460 (2006 JF42), the skyscraper-sized asteroid was almost certainly never going to hit, so why did NASA warn that it was potentially hazardous?
93% of pregnant women hospitalized with COVID-19 were unvaccinated
A study looked at women hospitalized with the virus in 2021, and found that most were unvaccinated. The median age of symptomatic pregnant women was 28.
Zelensky called for recognition of Russia as 'terror state' in meeting with US senators
McConnell was accompanied by Susan Collins of Maine, John Barrasso of Wyoming and John Cornyn of Texas in an unannounced visit to Kyiv on Saturday.
Catastrophe looms for Dead Sea as incoming water sources dry up, scientist says
In addition, water is being pumped from the sea to Dead Sea Works factories’ artificial evaporation ponds. So little water enters the salt lake in the north and lots of water exits in the south.
Why do people abandon religion?
Even religious Jews are less educated in religion's broader philosophical underpinnings.
Commitment to pass anti-BDS bill included in Queen's speech
The legislation will prevent public bodies from engaging in boycotts that undermine community cohesion, widely interpreted as referring to an anti-BDS bill.
German teen arrested for planning school attack fueled by antisemitism
Officers took the 16-year-old suspect into custody on Thursday, He is suspected of planning to bomb a high school in Essen, a city about 250 miles west of Berlin.
Antisemitism in Acre is reminiscent of darker times - opinion
These disturbing scenes are reminiscent of darker times in Jewish history, when we were powerless at the hands of our non-Jewish neighbors.
The Kosher Revolution in Dubai
The Jerusalem Post Podcast - Travel Edition, Episode 33
Twitter and Take-out: JPost podcast looks at Elon Musk and Bibi-Bennett battle
The Jerusalem Post Podcast with Yaakov Katz and Lahav Harkov.
Five stories from Israel brought to you by World Jewish Travel
The Jerusalem Post Podcast - Travel Edition, Episode 32
The address of God
The Book of Shemot, Parashat Terumah: "The Ark shall be a precise blend of acacia wood, two and a half cubits long, a cubit and a half wide and a cubit and a half high."